Discussion on LXDE releases and Development. This forum is not the best way to contact the developers, please use the Development mailing list and Sourceforge to interact with them.
Locked
2 posts • Page 1 of 1

The only hits I find by Googling it are on the pages where it's announced, search here turns up nothing at all. I'd sort of like a spin button, but on the other hand I'm trying to wrap the project up and I could live without it.

I put in a CONF_TYPE_INT and it appears but doesn't seem connected to anything. I'm not sure it goes with panel_config_int_button_new(), it almost looks like they were added at different times.

I've been adapting CPU Usage Monitor into a Bitcoin price monitor. I can manage to set the alpha on the price text layer so it doesn't obscure the price plot. I can hard-code it to 60% opacity or make it user-changeable. I don't want a new dialog box, I just want a new widget. This is what I get when I use 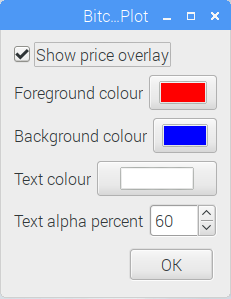 I created a widget (I think) with

but I added an upper limit of 100 and it has no effect. Almost like it's a different widget that's not realized yet. I didn't do gtk_container_add on it yet.
Top

Re: Examples of using panel_config_int_button_new? 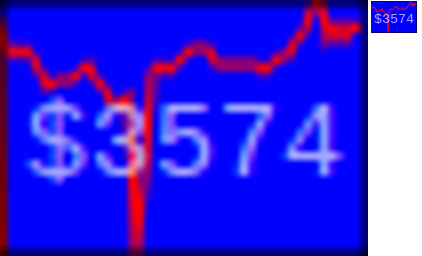